Word From the Workshop – Mariner

“Hundreds of different stripe patterns were designed until the final “Mariner” quilt print stripe was decided upon. Stripes are not as easy as they appear, in fact, quite the contrary. Stripes can be done in so many ways. Who would have believed you have to design so many different stripe patterns all to create just one print!! Our panel of judges voted for the Mariner we now have.

I love stripes as they have so many mix & match options – mix with tartans, spots or checks, changing the whole room appearance.

My son Sam has the Mariner linen on his bed, piled high with a mass of cushions & pillows. However he makes his bed, it always looks stylish, boyish & inviting.

Mariner certainly has been a Patersonrose winning boys design.“

× product(s) added to cart → ×
Sizing Guide
My cart
Your cart is empty. 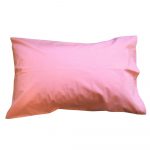 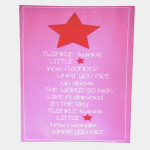